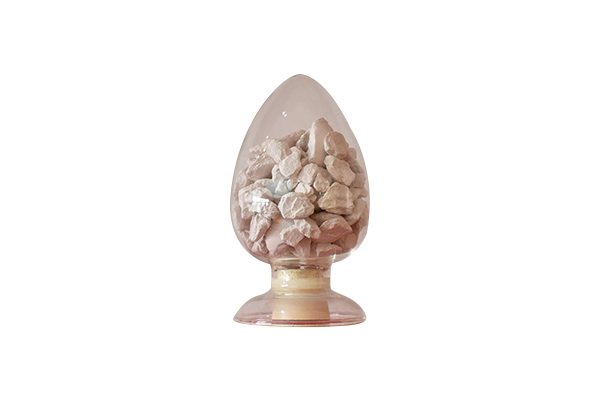 The main component of magnesite ore is (MgCO3), the hardness is 3.5~5, and it is produced in Zimbabwe, Brazil, Australia and China. There are some beaded necklaces made of magnesite on the market, which are inexpensive and good-quality ornaments. Light burned magnesia

Magnesite is a kind of magnesium carbonate mineral, which is the main source of magnesium. After the magnesium-containing solution acts on calcite, it will turn calcite into magnesite, so magnesite also belongs to the calcite family. Magnesium-rich rocks can also change into magnesite. Magnesite often contains iron, which is the result of replacing magnesium with iron or manganese. Magnesite is white or off-white, with glassy luster, and iron-containing magnesite will appear yellow to brown. If it shows crystals, it is granular, if it does not show crystals, it is lumpy. In addition to refining magnesium, magnesite can also be used as refractory materials and magnesium compounds.

Magnesite is not easy to form good crystals and usually appears in the form of rock masses. The properties of magnesite are similar to those of calcite. Magnesite has the same crystal structure as calcite, so it is classified into the calcite mineral group. The appearance of magnesite is similar to dolomite, which is difficult to distinguish. However, MgCO3 does not react with weak acids, while calcite CaCO3 reacts with weak acids. This is the way to distinguish magnesite from calcite